This site is dedicated to the late, great Judy Doniere whose dream it was and who, along with Judy Bohnert and later a few others, made it a reality. JuD, as she was fondly known, gave all of herself to all of us and to the Doberman. 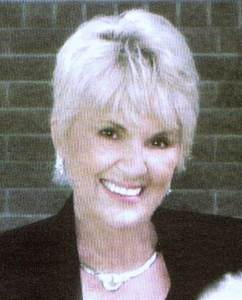 Judith Doniere, daughter of the late Clarence and Mary Cotter, died peacefully in her Las Vegas home following a three year battle with ovarian cancer.
Judy was born into a family who loved all animals starting with exotic animals she and her family raised for the Toledo Ohio Zoo. It was common to see baby chimps, lions, tigers, cougars, wolves, and leopards running around her childhood home. Judy also worked at the zoo cleaning cages and caring for animals. She was a horse lover owning 5 while raising her children, attending dog shows and later becoming a prominent AKC dog show Judge.
Judy and her husband Pat (deceased 2003) traveled the United States and many foreign countries for over 40 years during their careers as judges and still working various jobs in the secular world, Judy in Sales and Pat owning a heating and air conditioning company. Together they received the life time achievement award from the Doberman Pinscher Club of America, for their many years of service to various dog breeds and being authorities in the sport.
Judy was strong minded and determined to live with cancer if she could not live without it. She would schedule her chemo treatments around her dog show assignments. Her caring doctors, Dr. Cheryl Brewer – oncologist, ob gyn, surgeon, and Dr. Spirtos UNV, family and dog lovers encouraged her and helped her cope with the disease.
JuD went home after 7 weeks in Sunrise Hospital following her last surgery. She was under the care of Creekside Hospice who were loving and very attentive, especially in pain control.
Judy will be missed by her 4 children, 9 grandchildren and 7 great grandchildren, 3 sisters and 2 brothers.